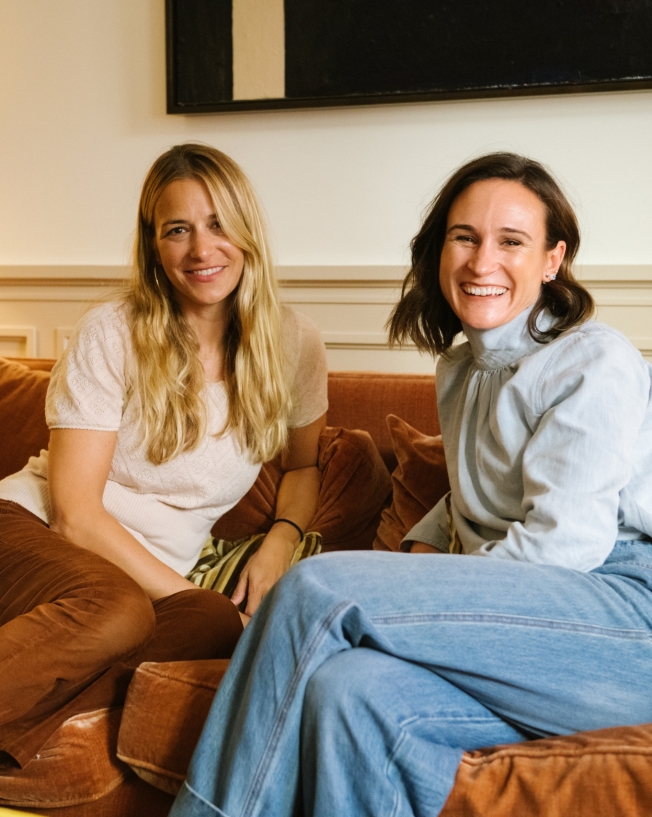 Perennial tastemaker Charlotte Ronson has always been a touchstone for a certain kind of off-duty, downtown chic. Ronson has an established career as an entrepreneur designing clothes, accessories, and beauty products that are reflective of her signature style—feminine and sunny but with a classic edge. Truly ahead of her time, she was one of the first designers to diversify her namesake line which led to unique retail collaborations which helped expand her business and expose her wares to a global shopping audience. We recently met up with Charlotte in NY to hear about what’s she’s currently up to and what’s on the horizon for 2020.

Melissa: Now that you have kids of your own are there any particular accessories you have in mind to pass down to her?

Charlotte: Yeah, over time I’ve bought things in case I have a little girl. So, I’ve always bought things hoping she’ll have the same aesthetic as me. Always, I like to think of buying things to pass down to my little girl in order to pass on the memories.

Melissa: You were one of the first designers to create a buzz way before social media. Tell me how you responded when social media came around. Would you have changed anything?

Charlotte: I remember that at one of my shows, my sister had an iPhone first and I was like, ‘what is that?! It’s too much of a distraction.’ Then, of course, I realized how fun it was to take photos and all that. I definitely saw the benefits of it, and it was an exciting time. At one point I was backed by Rock-A-Fella and in some ways, because not everything has been documented, we could write a book about that time period because people don’t know what we were doing minute-by-minute. We could really tell our own story in a more thoughtful way. At that time, I did magazines and I got to do ads for my JCPenney line. It was so much fun to choose the models and the photographer and stuff, but I remember wondering ‘how can any brand survive while having to use this sort of promotion?’. So social media made this much more accessible, which is exciting and important. But it’s almost too much now.

Melissa: You grew up with very musically inclined people. Has music influenced your style?

Charlotte: I don’t know. That’s a tough question. I think we all have our own individual style and I went into fashion so that was my own way of expressing this individuality. Growing up, you don’t even realize what impact it has on you. You take it for granted.

Melissa: Because you live back and forth from New York and LA do you feel like your personal style has changed or do you keep it simple because of the kids?

Charlotte: I think I’ll always be a New Yorker in terms of style. Lately, my style has become more casual. The challenge is being more casual and comfortable day-to-day while still looking cute. The most fun I have is—I’ve taken a little break from designing and I’m working on a few different clothing projects that will be coming together soon—but the fun part is being able to pick and curate your kids’ looks and vibes. You only get a few years that you can dress your kids and make your mark. My friends always ask, ‘how do you get him to wear that?’ and I’m like, ‘well he doesn’t know he has a choice.’

I think we all have our own individual style and I went into fashion so that was my own way of expressing this individuality.

Melissa: Would you ever want to start your line again or would you choose to do something in a different space?

Charlotte: I think I would choose a different space where I can manage it myself and choose the right people to work with me. You start when you’re so young and then all of a sudden, you have a partner and investor and you’re now designing for so many people you sort of lose sight of what you want to be doing. It’s been nice to have a little break to reassess and make these two little people, which is great and inspiring.

Melissa: Do you ever swap accessories with family members?

Charlotte: Growing up, we always wore friendship bracelets we would get when we went away on family holidays. My mom also has her own jewelry line. I had a beautiful Lorraine Schwartz Evil Eye Bracelet, but it fell off. That still hurts. Also Anita Ko jewelry—I love her stuff and she’s one of my best friends. She actually made my engagement ring!

Melissa: Love it! Thanks for spending time with us today! 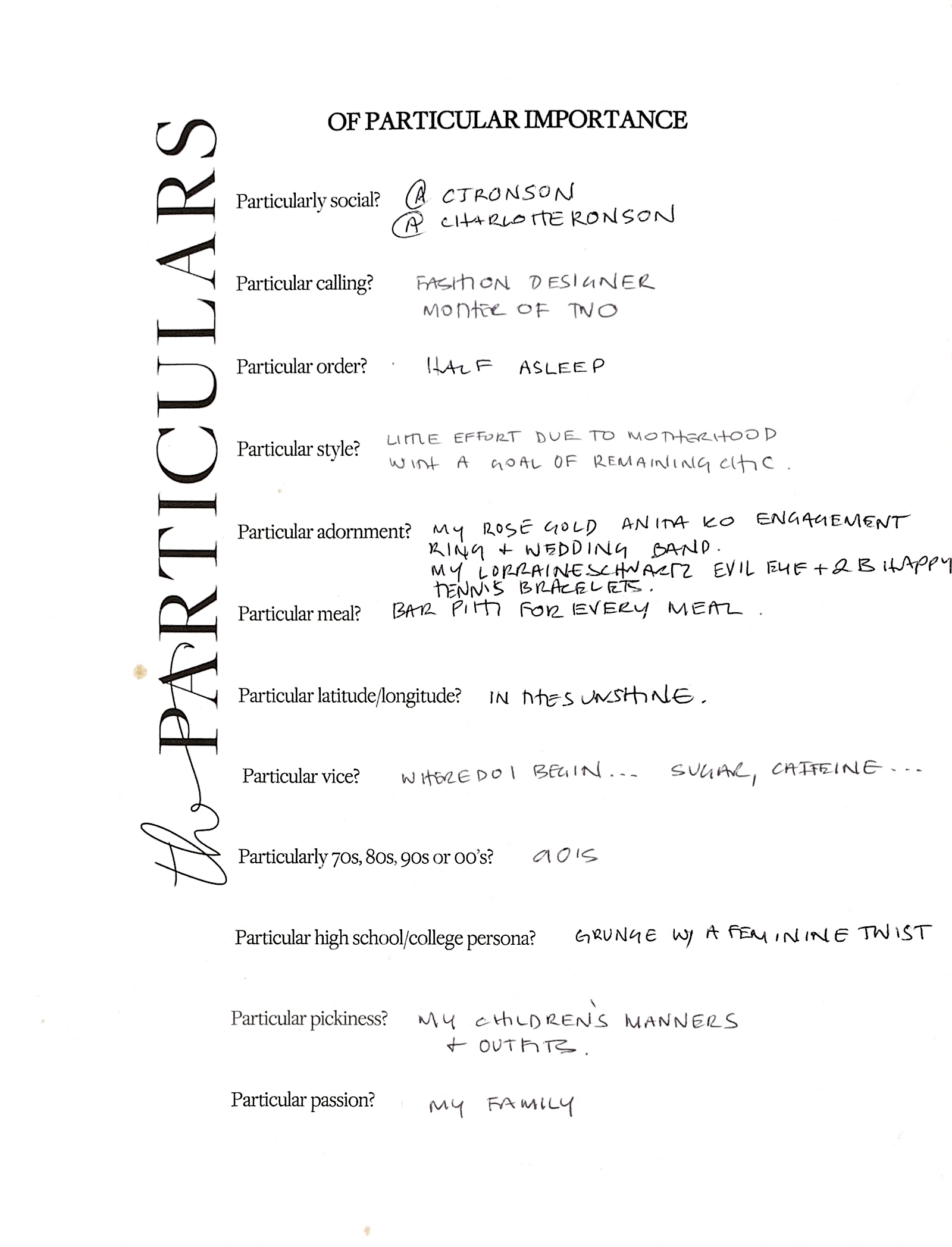 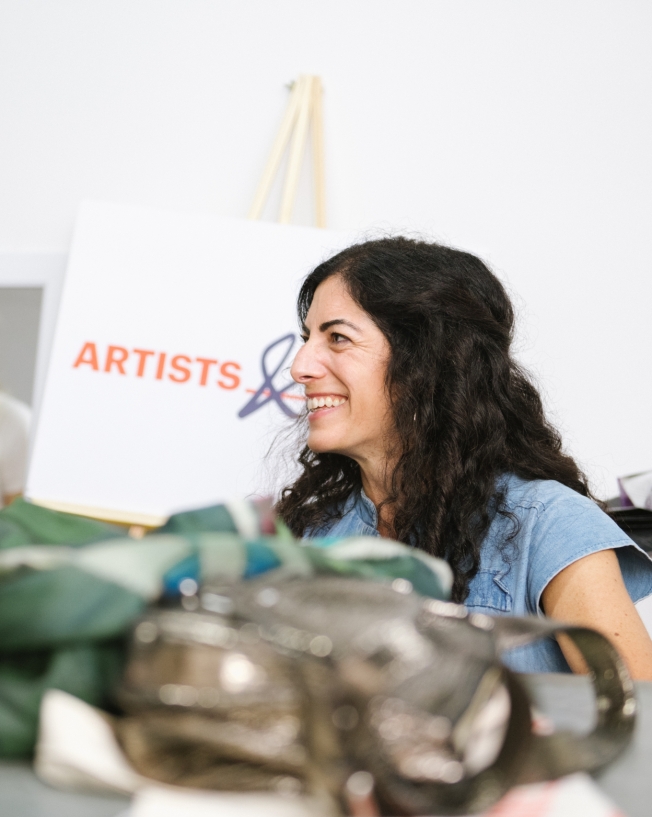 Jenni Kayne is a fashion designer who's style exudes beyond the perfect slip on mule, cardigan, or throw pillow. She has quietly built a following that emulates her effortlessly cool California chic. Her ethos sets the scene for living well, and I'm here for it.
Read More >
This project was meant to push the boundaries of modern architecture into something that feels more warm than what the infrastructure may let on.
Read More >
Chances are you still have a thing or two left to check off of your gift list. If not, we don’t have an award for that, but if so, then look no further for the best selects that are guaranteed to come just in time for the holidays.
Read More >