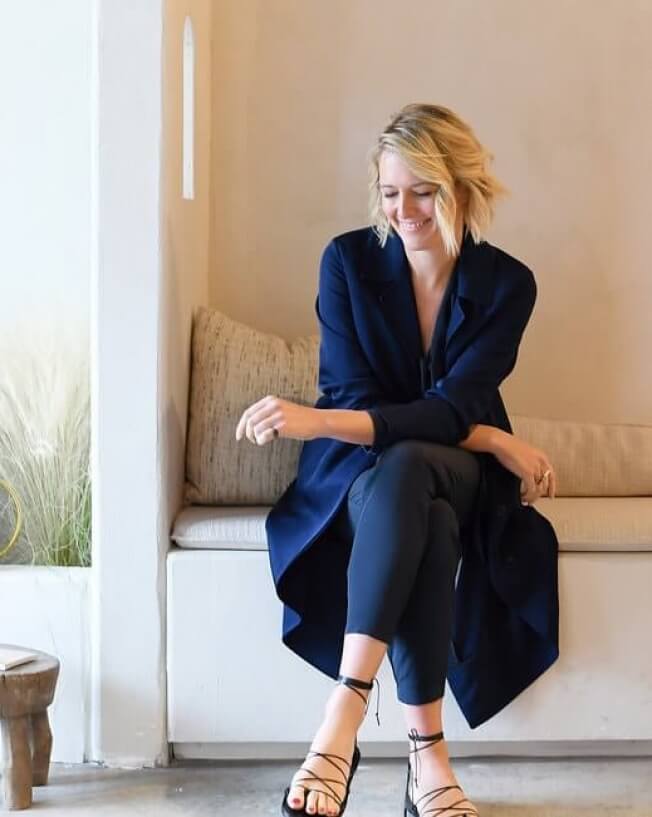 Anita Patrickson is someone you could call a ‘Resident of the World’. Having lived in Africa, Europe, and now LA and NYC, she’s been exposed to the variety of different styles and fashions of each place.
Possessing a truly diverse eye and a penchant for crafting bold looks has paved her way to becoming a highly sought-after celebrity stylist. From styling commercials to editorial and red-carpet looks, Anita has now turned to designing custom sandals for her brand: Amanu.

Melissa: Raised in South Africa, educated in London, and now living on two coasts of the US, you’ve seen your fair share of the world! How would you say LA style differs from South African or London style? What about New York and LA?

Anita: I think every place has a unique style. Africa is very extreme and New York is very different to LA. With that said, I think it’s about the person adapting their style in each city, finding your own voice and putting your stamp on each place. You tweak your look to incorporate the styles of that city.

There’s a jumpsuit that I wore in Tulum, and I was thinking if I were to wear it in South Africa I’d accessorize with a cute straw boater hat, sandals, gold hoops. If I were in LA, I’d wear it completely differently with a white blazer. In New York, I’d definitely pair it with a leather jacket.

Melissa: As a stylist, you’re always focused on making everyone else look good. What about you? How does this affect your personal style? Are you as particular about your look as you are others?

Anita: Oh gosh no, I’m all over the place! I wish I was, but I’m so lazy. I’m so busy dressing other people that when it comes to me it’s like, “Ugh that’s the last thing I want to think about”. Why should I bother? I’m not getting paid for this.

I also don’t like feeling constrained by clothes and hate the thought of anything to prissy or precious. I’m on my feet all day, running around, carrying, and picking things up. I can imagine for moms it’s the same thing. I don’t like the feeling of not being able to live, do, and breathe. I’m very hands-on and practical.

Melissa: You’ve styled for everything; from magazine editorials to television series, films, red carpet, and celebrities. What would you say is your favorite type of styling?

Anita: I like it all. I find that they all influence another. When I do editorial, it pushes me to think more creatively. I take those outrageous looks and do a toned-down version for the red carpet. When styling a red-carpet look, it’s so much about that person your styling and I love that part of it. Commercials are great because you get to make your money. I like to do a big mix.

Melissa: You’ve also appeared on a number of television shows and entertainment news broadcasts. Do you like being on camera or are you a more of a ‘behind the scenes’ kind of gal?

Anita: I don’t feel like there’s a behind or an in front of the camera anymore. Thanks to social media, it’s more fluid. If you want to build your brand, you have to be on camera.  I don’t love having my picture taken, but I love talking about the company I’m very proud of.

Melissa: Let’s talk about Amanu Studio. When did you decide to branch off into the world of footwear?

Anita: I did a Coachella fitting with a celebrity client of mine and she mentioned how she can never find sandals she likes and wants. I knew I could fill that void. I just loved the idea of being able to make something that someone wanted rather than something they were settling for. Coming from South Africa, I grew up wearing sandals, so it felt very authentic to me.

Melissa: Where do you source your materials? Is everything made in LA?

Anita: We source a lot of our materials from Italy. We currently have over 400 different leathers and 10 styles. We are adding heels to our collection closer to the end of the summer. They’re cute little block heels. It’s been a real learning curve, but so fun.

I don’t like feeling constrained by clothes and hate the thought of anything to prissy or precious. I’m on my feet all day, running around, carrying, and picking things up. I don’t like the feeling of not being able to live, do, and breathe. I’m very hands-on and practical.

Melissa: Are you a sandal girl? If we were to raid your closet, what accessory would we find most of?

Anita: Yes, I am definitely a sandal girl. I also love a big earring. I find it’s such an easy way to add something to your look. However, the one accessory I wear day in and day out is my Signet ring with my family crest on it. The King gives each aristocratic family a crest and they are passed down generation to generation. Both my mum and my dad have one. Very posh.

The name of the studio Amanu, actually comes from our insignia which is “manus et mente” meaning “by hand and by mind” in Latin.

I actually just forgot my ring in Africa, so my parents are bringing it to Paris when we meet there in July.

Anita: Africa, going on safari is one of the coolest things you can do. I love adventure and a totally immersive experience. If I were to choose a city, it would be Marrakesh. 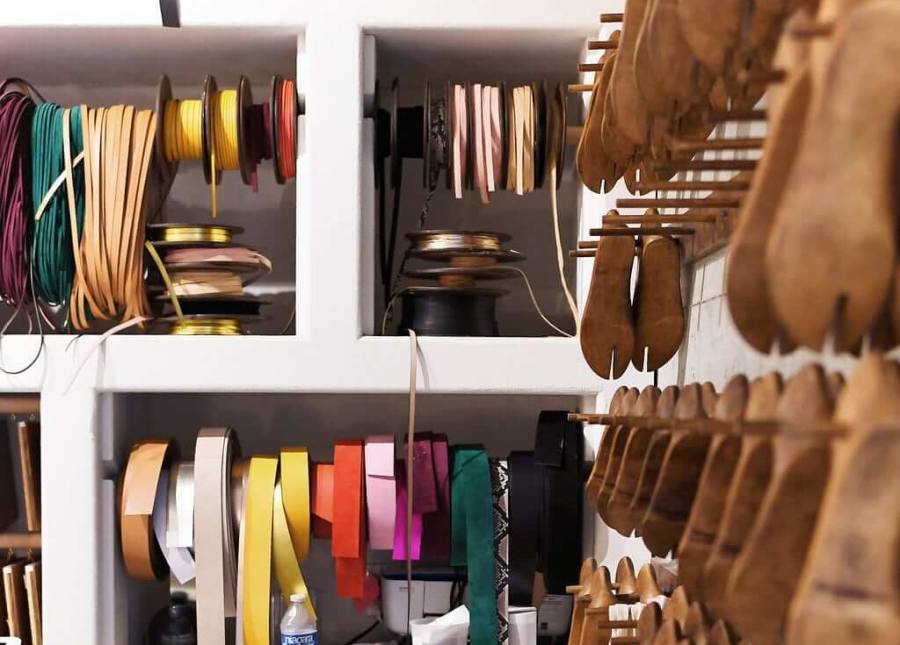 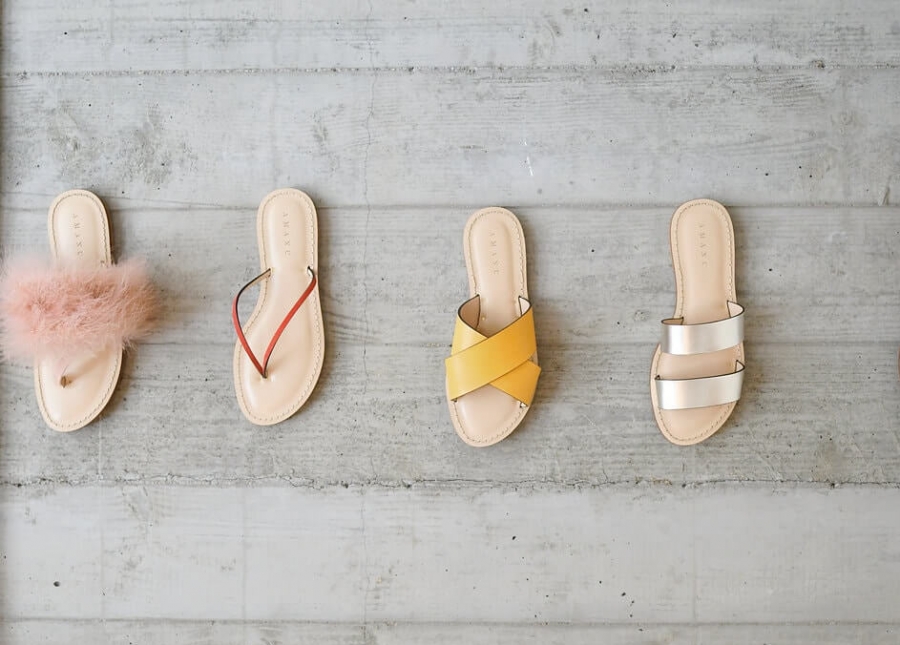 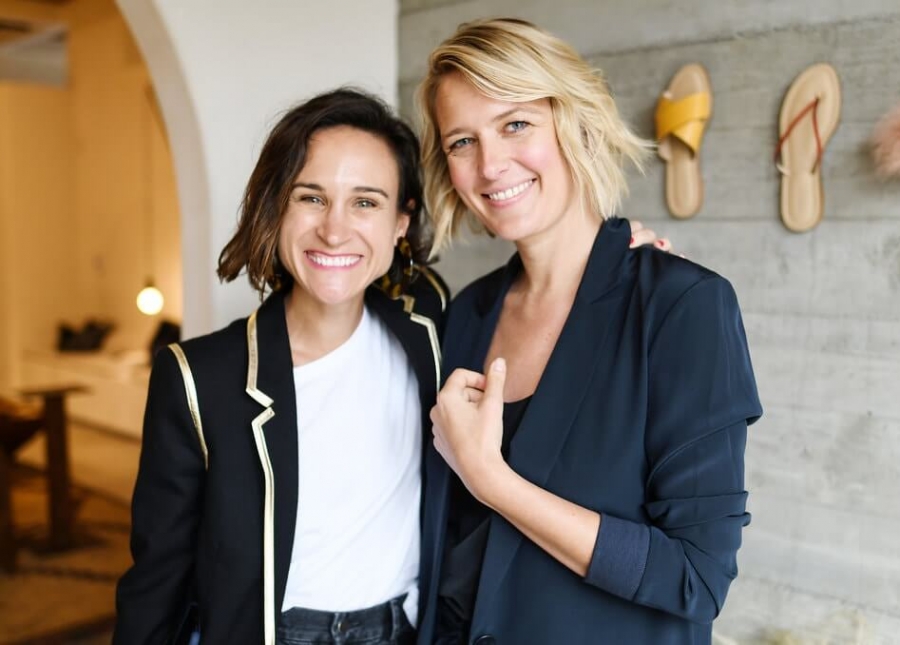 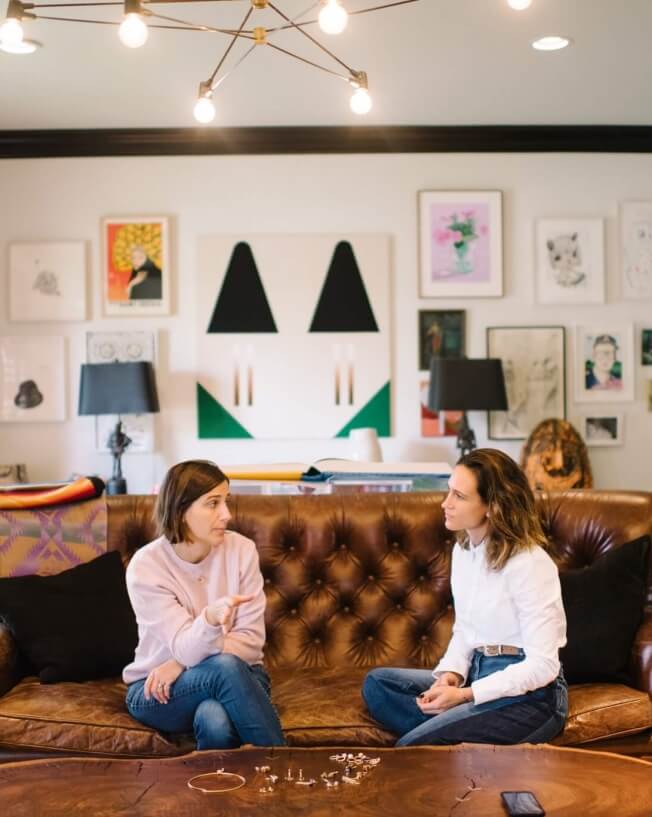 Need some fitspiration in your life? Meet Lauren Kleban, the woman behind the boutique workout craze, LEKfit! We had the awesome opportunity to sit down with her to learn more about how she built her fitness empire from her own backyard.
Read More >
Candice Pool Neistat is the creator and award-winning designer behind two of our favorite jewelry lines—Finn and Billy! Each line springs from a different chapter in Candice’s life but both collections can fit into any accessory-lover’s cherished jewelry box.
Read More >
This season brooches are back and it makes me so nostalgic for my Grandmother. I pinned three different styles to this blazer and I love the lapel party that it created.
Read More >