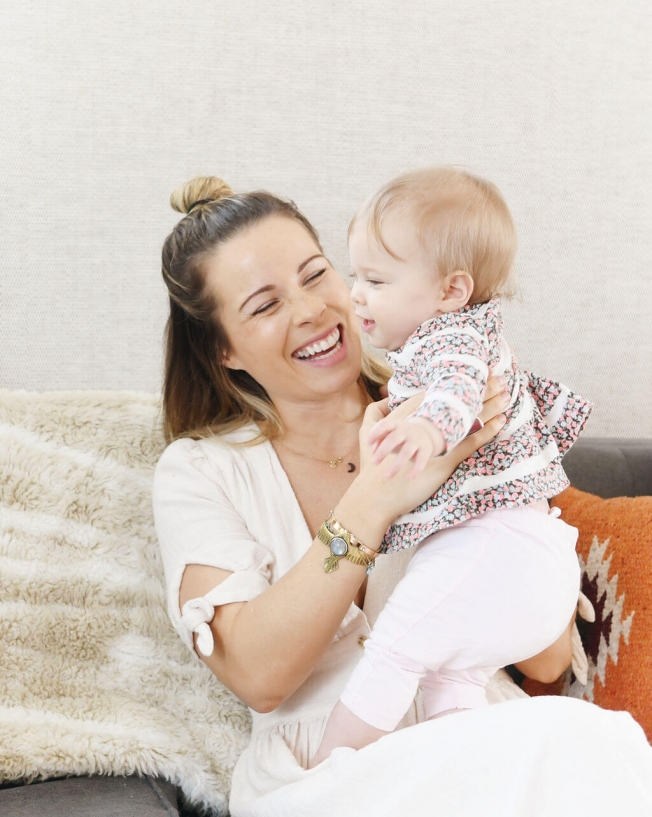 Founder of Philosophie, Sophie Jaffe is an expert on all things superfood. This passionate health and wellness specialist has helped many people, including celebrities from George Clooney to Billy Corgan. Sophie gave us the chance to share her story, from working at a juice bar in Hollywood, to helping people achieve complete nutrition in every meal through superfoods with her company, Philosophie.

Melissa: Tell me how you got into health and wellness? What was your journey like?

Sophie: It really all opened up for me in my early 20s, when I started working at a juice bar in Hollywood. I fell in love with superfood, raw food, juicing and smoothies. At the time, I did some blood work and found out I had high cholesterol. It was weird because I eat very clean for the most part, and I didn’t understand how my cholesterol could be high. I became a vegan, started working out a lot and doing yoga. My levels weren’t changing, and it was at that point when I realized that it was hereditary. That was really what started my journey; being more conscious of what I put into my body and how it makes a difference. I went from working at the juice bar 6 hours a week to becoming a manager and working 50 hours a week because I couldn’t get enough. I was in-love with the customers and because I would give them advice if they felt deficient, and I would make a difference in their lives with juicing, which made me feel really connected to the community. From A-list celebrities to just regular people down the street, it didn’t matter if they were a celebrity because in the end, they had the same issues that I had, and everyone has the same problems. Eventually, I started Philosophie from my one-bedroom apartment and made cleanse programs where I built my client reputation from there. It all evolved from there, with eventually creating a Philosophie product line.

Melissa: What product did you launch with and from there how many do you have now?

Sophie: The powders came first, from Green Dream to Cacao Magic and Berry Bliss. I then developed a line of honeys and coconut butters that have the powders in them. Organic and unfiltered honey is already a superfood on its own. As is coconut butter, as organic and raw coconut butter on its own is a superfood and when you add the powders, it makes it that much more vibrant, amazing and nutritious. After the honey and coconut butter, I created the cleanses that were from the days when I had clients like George Clooney and Billy Corgan. These cleanses became products on their own and are grouped from 5-Day, 10 day, and 14 day cleanses.

Melissa: Walk us through a day of one of those cleanses.

Sophie: You wake up and have a glass of water with lemon or apple cider vinegar. Then, you have a big smoothie that has tons of healthy fats and carbs. You put our protein powders in every single meal. It’s a saturation of superfoods and nutrition, instead of a deprivation. People often think of a cleanse as a deprivation but with our cleanse you’re not hungry on it because you are eating a lot of great food. After you have the smoothie, you eat a snack that is listed, like fresh juice, or almond butter and apples. It’s not about quantity, it’s about getting to know your body and tuning into your intuition because some people lose that from overeating and over indulging. Then you have a big salad, or spiralized zucchini noodles with pesto and Green Dream on top. Later in the day, your snack would be similar to your earlier snack. For the 14 day cleanse the dinners are entrees and meals to sustain the longer period of time. For the 5 day cleanse the dinners are liquid based, so it would be soup.

From A-list celebrities to just regular people down the street, it didn’t matter if they were a celebrity because in the end, they had the same issues that I had, and everyone has the same problems.

Melissa: What is the best part of what you do?

Sophie: Helping people tap into their intuition with their body is really magical. Empowering people to take hold of their own lives is what brings me joy. Going from making people cleanses to giving them the power to make it themselves was a shift for me. I didn’t think that celebrities would want to do that, and I thought I would lose a lot of my clients, but they love it. George loved making his own Cacao Magic smoothie. They want to know how, and they want to be empowered, but when people are doing everything for them all the time it becomes habitual. Same goes for us as well, when you’re ordering take-out food all the time, you become dependent on that and don’t want to make a meal for yourself.

Melissa: What do you do to take care of yourself?

Sophie: I am recalibrating now we’ve added one more [child] to the mix. The best self-care that I’ve given myself in the last year with having my newborn and being pregnant, was getting rid of toxic relationships that were sucking my energy. I want my energy going in the right places and with a lot of relationships in my life, even family relationships, I’ve had to distance myself because I just don’t have that extra energy and space. I know where I want my energy to go, and if I have any extra energy it’s going to me or to my children. Acknowledging where I am at now has been the best form of self-care, even though it can be painful. Growth can be painful.

Sophie: For the most part, I get up and feed Noa. I have this magical moment in the morning because I find my 6-year-old in bed with us; he still crawls up in our bed in the middle of the night. My oldest son comes in and they all start kissing baby Noah. It’s magical and sweet because it’s before phones are touched, and it becomes a big love fest. We come downstairs, start breakfast and then the kids are off to school. Once the baby is napping, I am in work mode. I connect with my assistant Taylor, and we take on the first task, which can be merchandising of our products or setting goals for the day. Our family is in and out of auditions for model or acting gigs, and it often comes out of nowhere which can be hard.

Melissa: Do you have one thing that you must do in your daily routine?

Sophie: Going for a walk alone, or with my dog. Just getting away, because I’m always at home. Even just going around the block can just shift everything. And my superfood coffee.

Melissa: Do you have a go-to accessory that you always wear?

Sophie: My friend Rachelle has a company called The Neshama Project, and we became friends because of her jewelry. Her whole story is beautiful, and she is really inspiring. I never take off my Neshama jewelry. Neshama means soul in Hebrew.

Melissa: Do you have any advice for entrepreneurs starting out in health and wellness?

Sophie: I say just go for it. Try not to look at the competition, because you have something else to offer. I think we get caught up looking at what others are doing and wondering how we can stand out. I am living in the best city to be a yoga teacher, even though there are so many of us. There’s room for all of us. Your ideas matter and they count. Put them out there! If you have something to share, leave your fears and just share it. 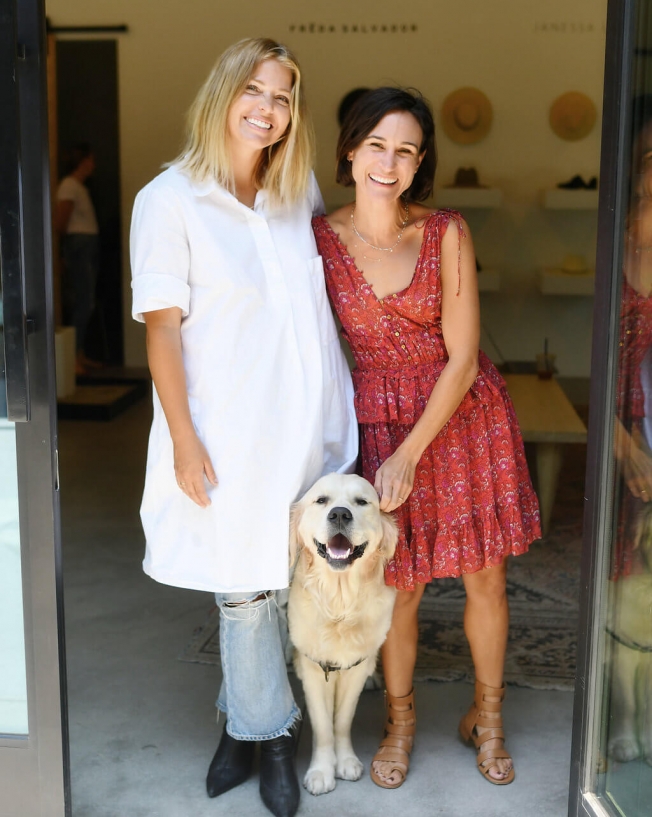 Need some fitspiration in your life? Meet Lauren Kleban, the woman behind the boutique workout craze, LEKfit! We had the awesome opportunity to sit down with her to learn more about how she built her fitness empire from her own backyard.
Read More >
The Moment is a place where natural beauty fanatics can rejoice. We met with the brains (and beauty) behind the operation, Laney Crowell, to chat about her business.
Read More >
In 2015, Helen Johannesen embarked on a mission with the goal to create the best food and wine experience in Los Angeles and opened helen’s wines. We discussed her love and passion for curating the best wines from around the world, current wine trends and even her upcoming jewelry line!
Read More >